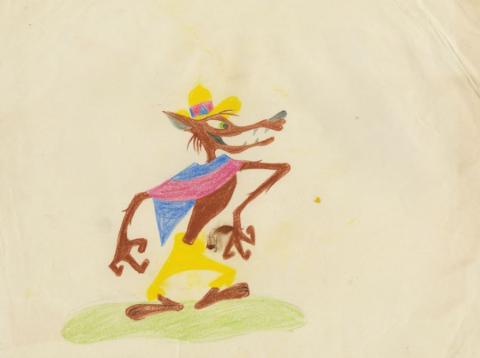 An original concept sketch that appears to be from a Minitoons Incorporated film or commercial inspired by Little Red Riding Hood. Featuring a fantastically stylized image of the Big Bad Wolf, the development concept was created at the studio to conceptualize the project. Measuring 10.5"x13" overall and with the character image measuring 6.5"x6", the concept art is in good condition with creases in the corners, notably on the top right, as well as edge wear including tearing due to the fragility of the aged paper.