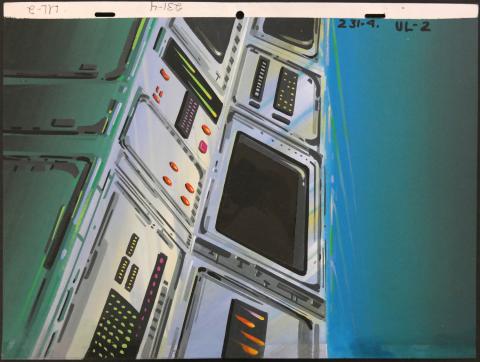 This is an original hand-painted background from the Hanna Barbera animated series, Super Friends. The image was created and used during the production of an episode that originally aired in the 1980s. The background measures 10.5" x 14" overall with an image that measures about 10" x 14" . the center area of the background is a cut out, as shown in the images depicting white or black behind the area.