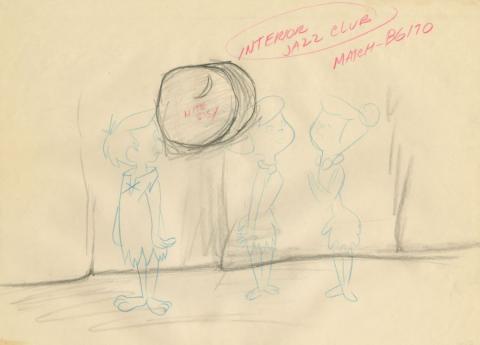 An original background layout drawing from the Hanna Barbera animated television series The Flintstones (1961). The drawing features the interior layout of a jazz club with the outlines of Wilma and Betty talking, and was created at the studio during the early development of the episode The Girls' Night Out (1961). Measuring 10.5"x12.5" with the character image area measuring 6.5"x8.5", the production drawing is in very good condition with light wrinkling on the edges of the page.