Space Ghost is a fictional character designed by Alex Toth in the 1960s and he is credited with being almost single-handedly responsible for the popularity of superhero cartoons in the 60's. The original series debuted in 1966, in which the "Space Ghost" segments shared time with an unrelated segment called Dino Boy in the Lost Valley. The original series comprised 42 Space Ghost and 18 Dino Boy episodes, and ended in 1968. 22 new Space Ghost segments appeared on Space Stars on NBC in 1981. 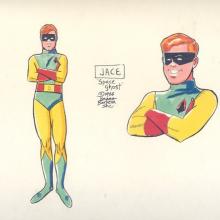 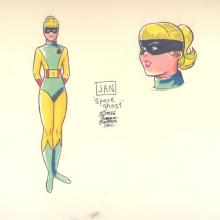 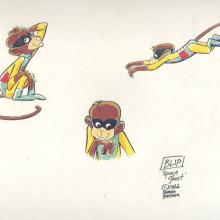