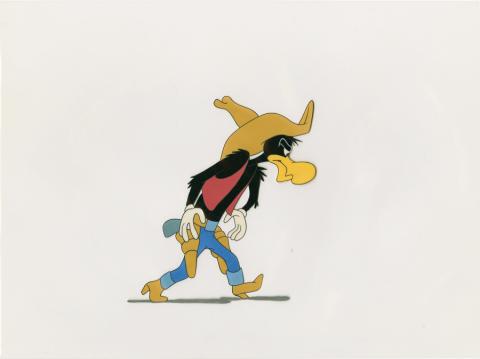 This is an original production cel from the Walter Lantz Studios production Hot Noon (or 12 O'Clock for Sure) (1953). This production cel features Buzz Buzzard as a cowboy. It was created at the studio and used during production, representing an actual frame of animation that was photographed and appears in the cartoon. The overall measurements of the trimmed cel are 8.75" x 11.75" and the image itself measures 5" x 5". The production cel is in very good condition with very small spot of paint loss on Buzz's index finger. The edges of the cel have begun to curl.