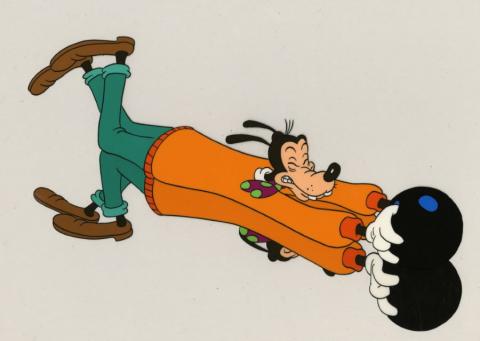 An original production cel from a commercial for Burger King Kids Club animated by Duck Soup Studios (c.1992). Featuring Goofy stuck to his bowling ball as he slides down the lane, the hand-painted cel was created at the studio and used during the animation process. The piece is an actual frame of animation that was photographed and appears in the advertisement which focused on Burger King / Goof Troop tie-in. Measuring 10.5"x12.5" overall and with the character image measuring 5"x10", the production cel is in fine condition and includes the matching production drawing.