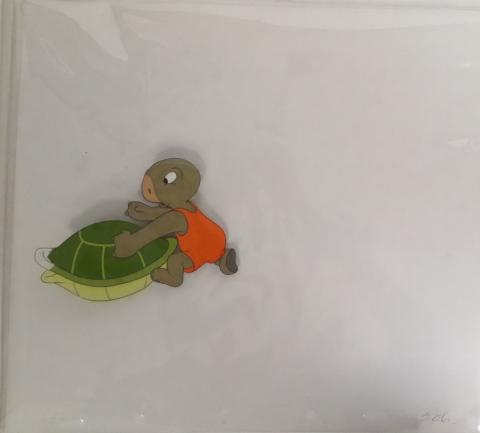 An original production cel from the Walt Disney Studios animated film Pluto's Housewarming (1947). Featuring a turtle running after his shell, the production cel was created at the studio and used during the animation process. The piece represents an actual frame of animation that was photographed and appears in the cartoon and comes from the estate of Phyllis Seely (Disney Ink and Paint dept. 1944-1947), . Measuring 9.75"x11.5" overall, and with an image measuring 3.25"x4.5", the production cel is in fair to good condition with paint loss and lifting throughout.