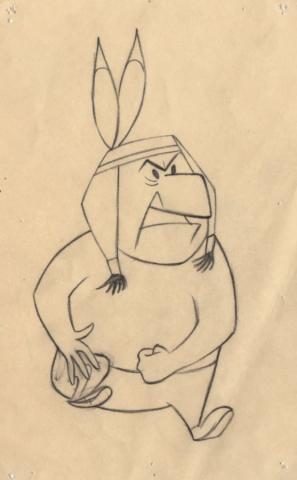 An original development drawing from a 1950s Walt Disney Studios animated Disney TV segment. Featuring a Native Chief, the drawing was created at the studio and used during the animation process for a segment that was likely shown in an educational short or The Mickey Mouse Club. Measuring 6.75"x4.25" overall and with the character image measuring 5.5"x2.75", the development drawing is in good condition with a vertical crease and pin holes in the corners.