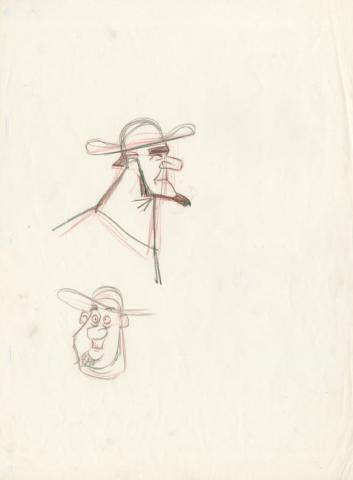 An original development drawing from the Walt Disney Studios animated film Hercules (1997). Featuring a rough study of Amphytryon, the adopted father of Hercules, the graphite drawing was created at the studio and used during the animation process. Measuring 17"x12.5" overall with the character image measuring 9"x5", the development drawing is in very good condition with some creases in the corners.