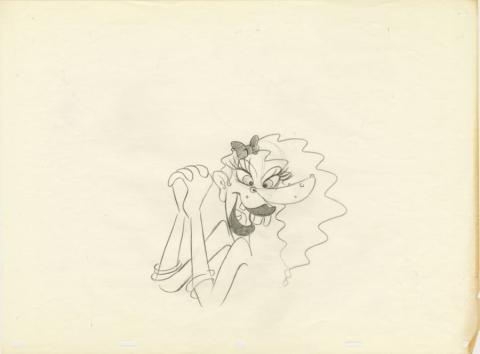 An original developmental drawing used in the creation of the Walt Disney Studios production Who Framed Roger Rabbit? (1988). Featuring an early design of Lena Hyena, the drawing was created at the studio by Jane Baer and used during the production of the film. Measuring 12.5" x 17" with the image measuring 6" x 7", the drawing is in very good condition with some dimpling throughout and minor edge discoloration, most significantly on the right edge.