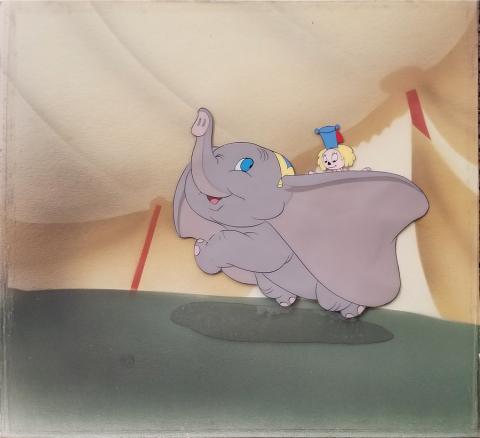 This is an original production cel set-up from the Walt Disney Studios production of Dumbo (1941). This cel features Dumbo preparing for flight with his very special oversized ears, and was created at the studio and used during the production of the short. The overall measurements of the piece are 8.5" x 9.5" and the image itself measures 4.5" x 5.5". This set-up was originally prepared by the Courvoisier Galleries with the character trimmed to image and applied to a custom prepared background. Dumbo artwork in general is hard to find, and due to the overall somber tone of the film, happy images like this are a true rarity.