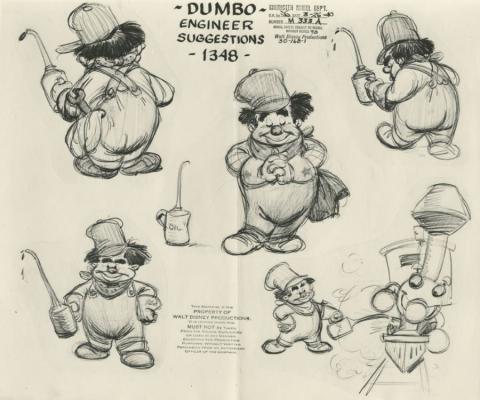 An original photostat model sheet from the Walt Disney Studios animated film Dumbo (1941). Featuring character suggestions for the train engineer, which in early designs were a caricature based on Ward Kimball, the model sheet was created at the studio and used during the animation process as a reference tool for character consistency. Measuring 11"x14" overall and with the image area measuring 9.5"x11.5", the model sheet is in very good condition with minor edge wear and a vertical crease from studio use and storage.