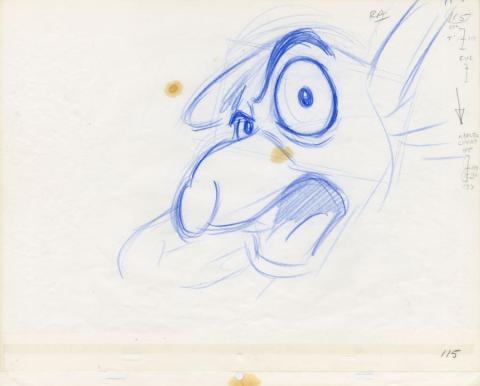 An original production drawing from the Walt Disney Studios animated film The Great Mouse Detective (1986). Featuring a dramatic close-up of Basil in disguise, the drawing was created at the studio by legendary Disney animator Mark Henn, and used during the animation process. Measuring 12.5"x15.5" overall with an image measuring 9"x11", the drawing is in good condition with minor wrinkling, discoloration, and staining spots, and the peg hole strip was trimmed and reattached to reanimate the sequence.