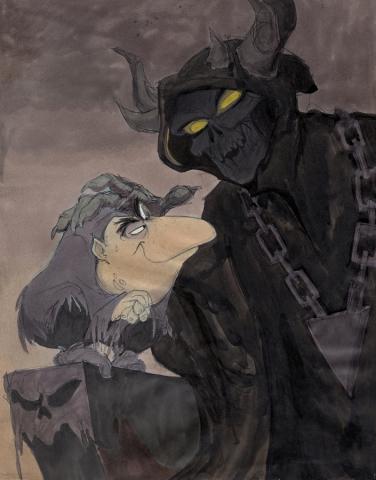 A remarkable original concept drawing from the Walt Disney Studios animated film The Black Cauldron (1985). Featuring the Horned King petting his minion Creeper, the drawing was created at the studio and used during the development process. The Horned King's design is similar to the final version as he appears in the film, but Creeper's image differs greatly from his final designs. The concept was created by animator and director Phil Nibbelink. Measuring 14"x11" overall and with an image area measuring 14"x11", the concept drawing is in fine condition with minor edge wear from studio use and handling.