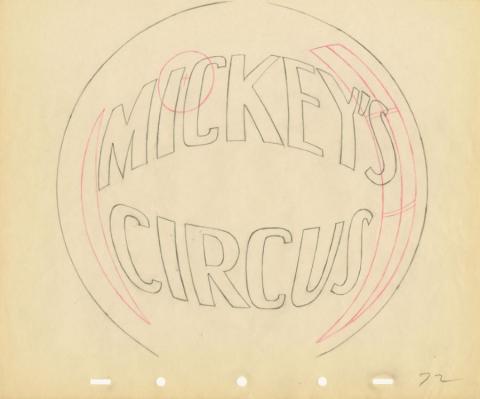 An original production drawing from the Walt Disney Studios animated short film Mickey's Circus (1936). Early Disney shorts have been edited by the Studio so that the current iterations we see of these films are missing certain elements. This drawing is an example of that, coming from the original animated title sequence for the theatrical release of Mickey's Circus, which has now been replaced with a simple static title card. The drawing features an image of the title written on a balloon, and was created at the studio and used during the animation process. Measuring 10"x12" overall, with the character image measuring 9"x9", the production drawing is in fine condition with light discoloration due to age.