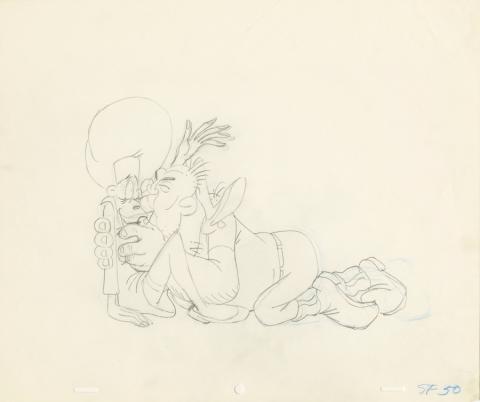 An original production drawing from the Ralph Bakshi Studios animated film Heavy Traffic (1973). Featuring a "romantic" scene between two characters, the drawing was created at the studio and used during the production of the film. Measuring 10.5"x12.5" overall, and with the image area measuring 6" x 8.5", the drawing is in very good condition.