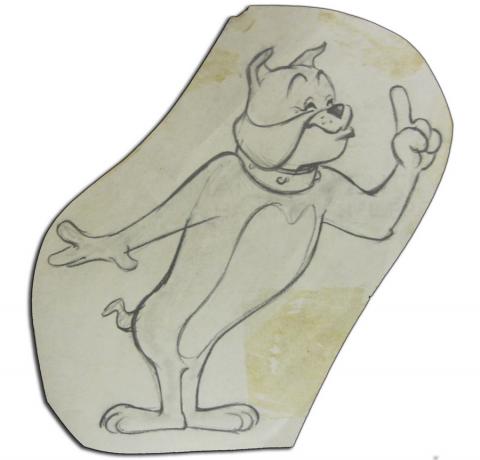 An original model drawing from the MGM Studios production of 1940s Tom and Jerry shorts. Featuring Spike wagging his finger, the drawing was created at the studio and used during the animation process. The piece originally was applied to a larger sheet that included other standard drawings of the character, which was then reproduced as a reference tool for animators during production. Measuring 6.5"x6.5" overall, and with an image measuring 5.75"x6", the model drawing is in good condition with edge wear and discoloration from the adhesive used by the studio to make the model sheet.