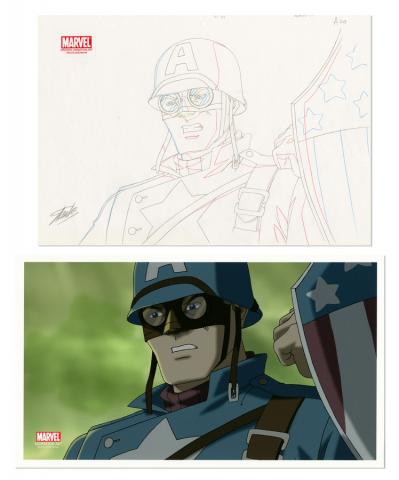 An original production drawing from the Marvel Studios animated film Ultimate Avengers (2006). Featuring Captain America, the drawing was created at the studio and used during the animation process. The drawing has been hand-signed by comic book legend and icon Stan Lee. Measuring 10"x14" overall, and with the image measuring 8.5"x11.5", the production drawing is in very good condition with light edge wear and page wrinkling. The accompanying 9"x15.25" giclee print features a screen captured image from the scene in the film that this production drawing was used to create.