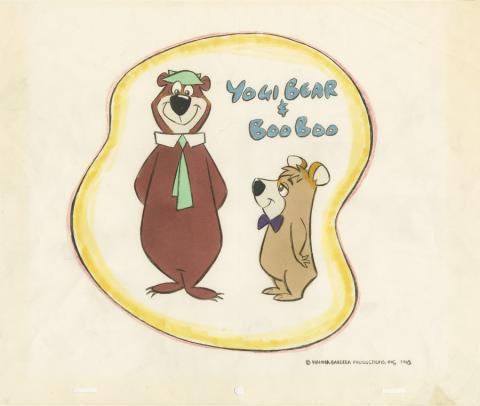 An original publicity drawing from the Hanna Barbera Studios animated series The Yogi Bear Show (1961-1962). Featuring Yogi Bear and Boo Boo, the publicity drawing was created at the studio to pitch and promote the release of the series to television networks later in the 1960s as a new series or in syndication. Measuring 10.5"x12.5" overall, and with the image area measuring 8"x7.5", the drawing is in good condition.