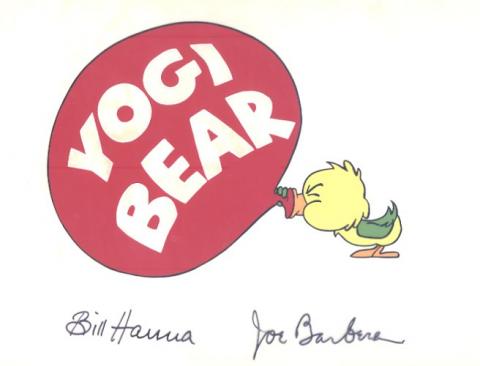 This is a fantastic early 60's production cel of Yakky Doodle blowing up a Yogi Bear balloon. This cel was most likely used for a "bumper" in between episodes, or a segue into a commercial. The slightly trimmed cel measures 8" x 10" and the image measures 5" x 7". It has been hand-signed by Bill Hanna and Joe Barbera. There is some bleeding of the red paint of the balloon into the white letters. This artwork is featured in Jerry Beck's book "The Hanna-Barbera Treasury" (page 47).