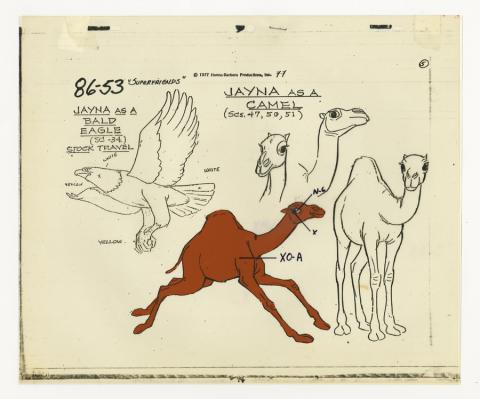 An original model cel from the Hanna Barbera Studios animated television series Super Friends (1973-1986). Featuring Jayna, one of the Wonder Twins, as a camel and bald eagle, the cel was created at the studio and used as a reference tool by the animators and ink & paint department during production. Measuring 10.5"x12.5" overall and with the character image measuring 5.5"x10", the model cel is in very good condition and is taped together and stapled to the protective sheet.