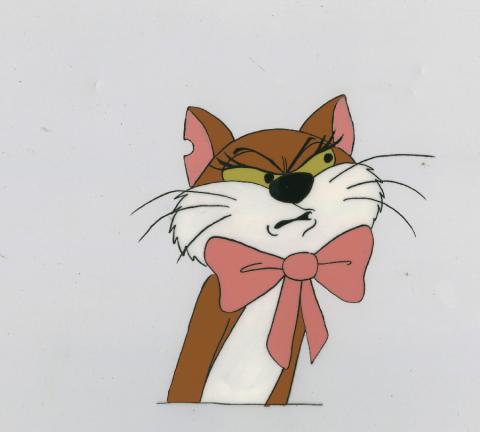 This is an original production cel from the Hanna Barbera Studios production of Smurfs (1981-1989). This cel features Gargamel's cat, Azrael, wearing a pretty bow, and was created at the studio and used during the production of an episode of the series. The overall measurements of the piece are 10.5" x 12.5" and the image area measures 5.5" x4". The cel is in good condition minimal line wear.