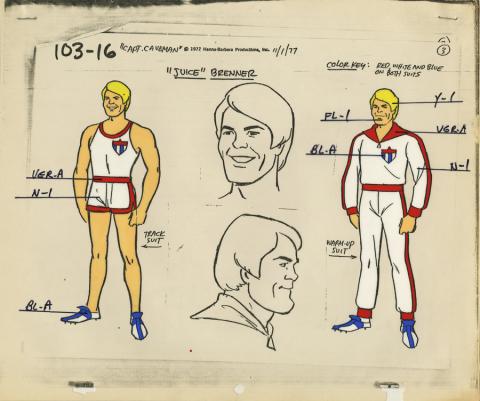 An original model cel from the Hanna Barbera Studios animated television series Captain Caveman (1977-1988). Featuring Juice Brenner (a parody character of the famous 1970s olympic athlete), the cel was created at the studio and used as a reference tool by the animators and ink & paint department to ensure character consistency during production. Measuring 10.5"x12.5" overall and with the character image measuring 7"x9", the model cel is in very good condition and is stapled to a protective sheet.