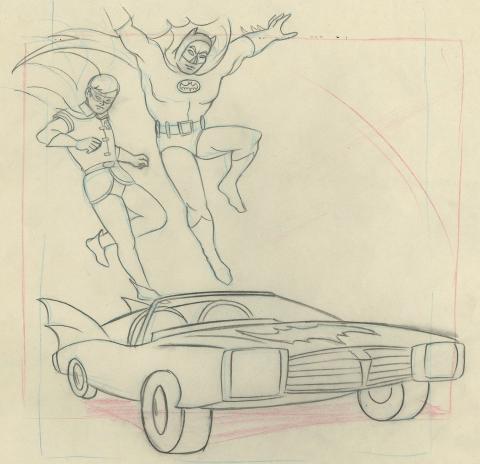 This is an original layout drawing from the Filmation Studios production of of the opening titles for The Batman/Superman Hour (1968-1969). This layout drawing features Batman, Robin and Batmobile and was created at the studio and used during the production of the opening titles of the series. The overall measurements of the piece are 10.5" x 12.5" and the image itself measures 8.5" x 8". The drawing is in very good condition. The image of Batgirl on her motorcycle is a xerox image that is applied to the layout drawing, a standard animation process for common imagery in a series.