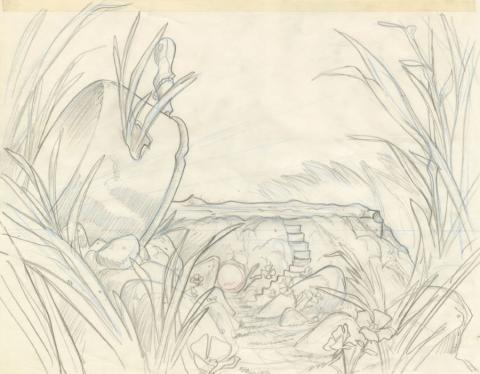 An original background layout drawing from the Don Bluth Studios animated film The Secret of Nimh (1982). Featuring an establishing shot of the entrance to the Brisby home, the rendering was created at the studio and used during the development of the film. Measuring 13.75"x17" overall with the image area measuring 12.5"x16.5", the drawing is in very good condition with light edge wear, including some tearing and some slight creasing throughout. A revised peg hole strip was also taped to the top edge of the sheet during production in order to reposition the image for proper registration.