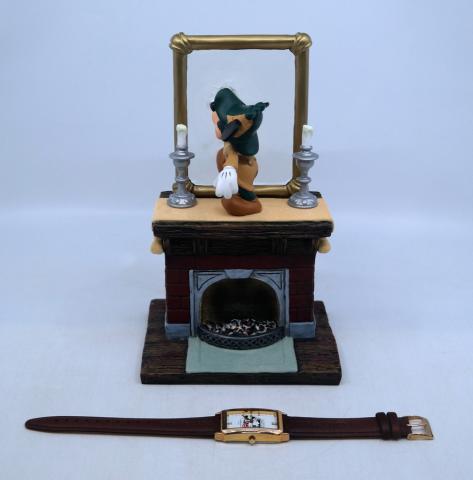 A limited edition figurine and watch set from The Official Disneyana Mystery event in 2002. The set was released in an edition of 400 pieces and includes a figurine depicting Mickey traversing the mystery mirror and a watch themed for the event. The watch features M. Mouse Private Ear and the event logo on the face, and has a 9" long brown leather band. Measuring 5"x4" x8.5" tall, the figurine is in fine condition, and the watch also appears in fine, untested condition. The set comes in its original slightly worn box and is accompanied by a COA signed by sculptor Randy Noble.