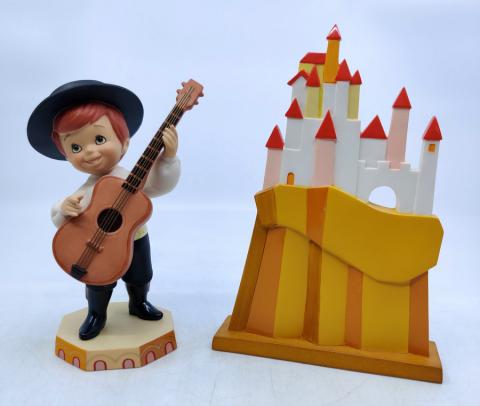 A Walt Disney Classic Collection Spain figurine themed for the It's a Small World Attraction from the Disneyland Theme Park. The two figurine set is titled Hello Friends and was released in 2006 for the 40th anniversary of the attraction's addition to the Disneyland theme park. The set features a little musician boy playing his guitar measuring 4"x3.25"x6" tall and a backdrop of a village on the cliffs measuring 1.25"x5"x7" tall. The set is in very fine condition with its original box, packaging, and COA.