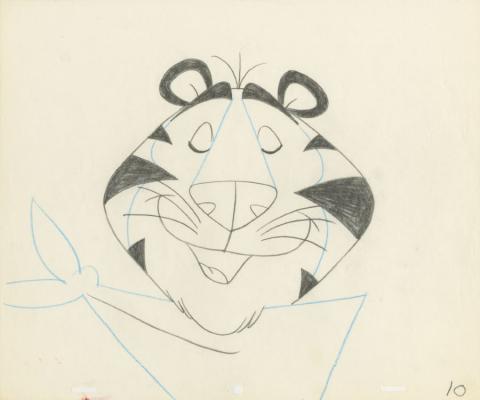 An original production drawing from an animated television commercial for Frosted Flakes cereal created by Quartet Films in the 1950s. Featuring Tony the Tiger in the retro character style used at the time, the drawing was created at the studio and used during the creation of the advertisement. Measuring 10.5"x12.5" overall with the character image measuring 9"x9.5", the production drawing is in fine condition with minimal edge wear.