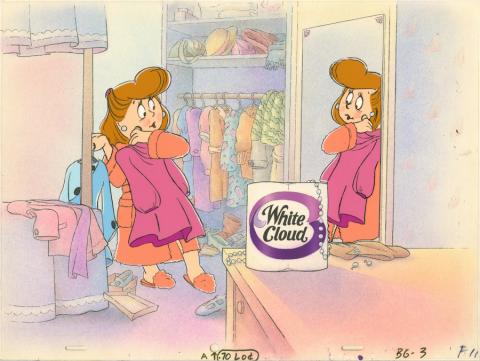 An original production cel and background setup from an animated commercial for White Cloud Toilet Paper. Featuring a woman trying on different outfits while a package of toilet paper sits inconspicuously on her dresser with a necklace draped over, the setup was created at the studio and used during production. The pieces are actual pieces of animation that were photographed and appear in an advertisement. Measuring 10.5"x13.75" overall, and with the character image measuring 7"x9.25, the setup is in very good condition.