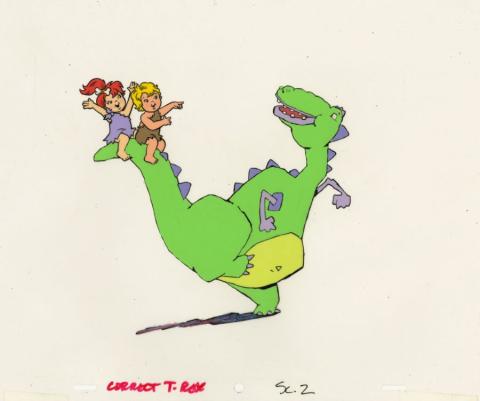 A production cel used in a television commercial for Campbell's Soup (c.1990s). Featuring the Campbell's Soup kids riding on a T-Rex, the hand-painted cel was used in a commercial for Dinosaur Vegetable soup. The piece is an actual frame of animation that was photographed and appears in the advertisement. Measuring 10.5"x12.5" overall with the character image measuring 6.5"x6", the cel is in fine condition with minimal line wear.